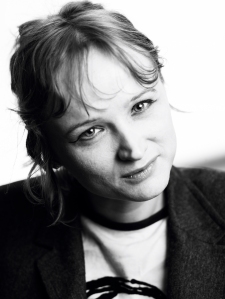 The Charles Causley Trust is delighted to announce the winners of the 2014 Charles Causley Poetry Competition, in aid of the upkeep and on-going programme of Writing Residencies and Literature events in the late poet’s house in Launceston, Cornwall.

The competition closed in November 2014, and offered a top prize of £2000 with runners up prizes of £250 and £100 with a new Highly Commended category seeing five poems win £30.

The Competition was judged by former Charles Causley Poet in Residence, Kathryn Simmonds.

You can download the winning poems and a selection from the Highly Commended works here (Adobe PDF, 1.9mb)

“Winner of first prize is Angela Readman with her delicate and unsettling poem, ‘The Museum of Water.’ Water is one of those themes poets frequently return to, (as I was reading I thought of Philip Larkin’s lines ‘If I were called in/ to construct a religion/ I should make use of water’), so it was lovely to see something new. The poet has constructed an extended metaphor which invites us all to take our places in her vividly imagined museum, where ‘ripples of sun let the room shiver/ whenever the door slams.’ The writing is confident, yet the tone is restrained; there’s a coolness which I admired: ‘Our tears don’t look like much, barely fill/ a hotel pot of jam.’”

Angela Readman‘s poetry collection, Strip, was published by Salt. She has since won the Mslexia Poetry Competition, The Essex Poetry Prize, and had poems published in various journals including The Rialto, Magma, The Lake, Popshot and Butcher’s Dog. In 2014 she won the Costa Short Story Award. Her story collection, Don’t Try This at Home, will be published in May 2015 by And Other Stories.

“‘Draw’ is a richly textured poem which starts in memory before opening out. Using another element as its theme, fire this time, its details feel authentic, and the childhood act of collecting coal from the dark cellar is wonderfully evoked: ‘the secret breath of what lay nameless/ in the cobwebbed gloom.’ I enjoyed the poem’s rhetorical turn as it sets up a challenge to the modern reader – our ancient fears are never completely allayed, for we are told ‘gods take shape/ according to our need.’”

Jo Haslam’s poems have appeared in The Rialto, P.N Review, Ambit, Stand magazine, Envoi, Mslexia, Pennine Platform, The North and The interpreter’s House. She has two collections Light from the Upper Left, The Sign for Water and a pamphlet Lunar Moths published by Smith/Doorstop. A third collection On the Kiso Road was the recipient of a Straid award and was published in 2012 by Templar Poetry.

Kathryn on ‘His Wooden Shirt’ by Andrew Rudd, 3rd Prize:

“The confidently surreal His Wooden Shirt surprised in the way of Causley’s strangest fables. A boy is made to put on a wooden shirt and stand outside while his mother returns to the house: ‘Now he was/ a sculpture, a caddis-fly case, an assemblage.’ We don’t know why and we’re never given an explanation, but it doesn’t matter, the poem is its own dark delight.”

Andrew Rudd lives in Frodsham, Cheshire, and was Cheshire Poet Laureate in 2006. His poetry collections are One Cloud Away from the Sky (2007) and Nowhere Else but Here (2012). His poems have been published in Magma, The SHOp, The North, Smiths Knoll, Scintilla, The Interpreter’s House, Poetry News, Staple and Other Poetry

“Charles Causley was a poet of considerable range,” says Kathryn, “a poet who could write ballads, comic children’s verse and tender lyrics. He had an ear for music, and an eye for an arresting image. When it came to judging this competition, I hoped to find something of his original spirit amongst the final fifty poems, and I was looking for poems which surprised me with their content and reassured me with their sense of form.”

“It was no surprise to find out that these writers already have a string of credits between them. As a man who made it his business to encourage others, I hope Charles Causley would take as much delight in these poems as I did.”

Samantha Weaver was born in 1987 and grew up on the Welsh Borders.  She graduated in Anthropology in 2011 from University College London and now dedicates much of her time to writing poetry.  She lives in Bristol.

Victor Tapner’s poetry collection Flatlands (Salt) was shortlisted for the Seamus Heaney Centre Prize for Poetry and won the poetry prize in the East Anglian Book Awards. He has won several other prizes, including the Cardiff International Poetry Competition and Scotland’s Wigtown.

Tania Hershman is the author of two collections of fiction: My Mother Was An Upright Piano: Fictions (Tangent Books, 2012), and The White Road and Other Stories (Salt, 2008). Tania’s poetry is published or forthcoming in Amaryllis, Butcher’s Dog, Contrary, Ink Sweat & Tears, Magma, Nutshells and Nuggets, Obsessed with Pipework, Poems in Which, Canterbury Poet of the Year 2014 anthology and Shearsman. Tania is a Royal Literary Fund fellow at Bristol University.

Sue Wood has gained commendations in many national poetry competitions, including 1st prize in the Oxford Literary Festival, and received the Cinnamon Press Award for Poetry in 2008, leading to the publication of her first poetry collection Imagine yourself to be water (2009) from which a poem was selected for the 2010 Forward Book of Poetry.

The full shortlisted poems for the 2014 Charles Causley Poetry Competition were:

Charles Causley at The Poetry Archive